In the previous post we talked about some essential tips which every beginner should know. Now in this post we want to introduce you to four first troops in Clash of Clans: Barbarian, Archer, Giant and Goblin. At the end some attack strategies with these troops are explained. 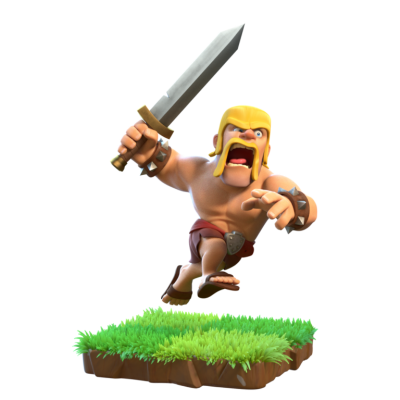 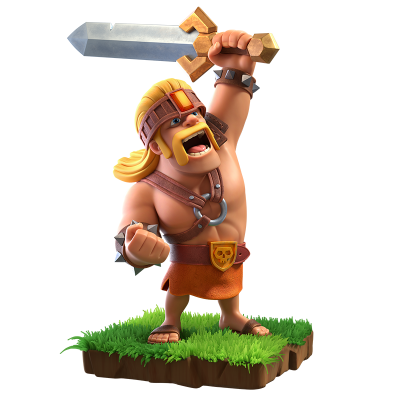 Super troops are available on Town Hall 11 and upper. These are powered-up version of regular troops. You can boost normal troops to super troops on the Super Troop Barrack, next to the trader.

All upgrades are instant and cost 25k Dark Elixir. The upgrades are all temporary and last for only 3 days and you can upgrade only 2 Super Troops at the same time. 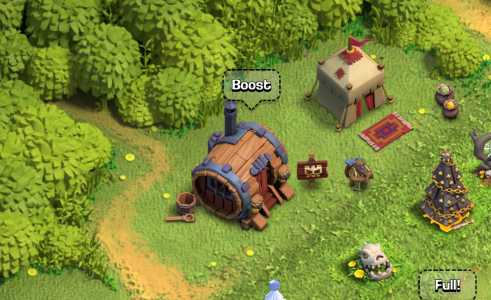 The Super Barbarian requires at least Town Hall 12 and level 8 normal Barbarian, in order to upgrade it to Super one. 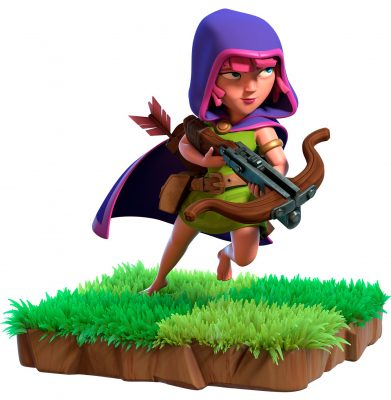 Archers attack their targets from a distance. Like the barbarian, she will attack whatever target is first in range. Archers are less robust than barbarians, starting with only 20 hit points at Level 1, less than half as much as the barbarian. Archers do 7 points of damage per second and cost 50 elixir to train at Level 1.

With a Level 1 Laboratory, you can upgrade archers to Level 2, which slightly increases hit points to 23 and damage to 9 per second, but at a relatively high training cost of 80 elixir. The Cost of the upgrade is 100,000 elixir, and it takes 12 hours.

Once you have a Level 3 Laboratory, you can upgrade archers again. At Level 3, she has 28 hit points, does 12 points of damage per second, and costs 120 elixir to train. Upgrade cost is 250,000 elixir and takes 2 days. 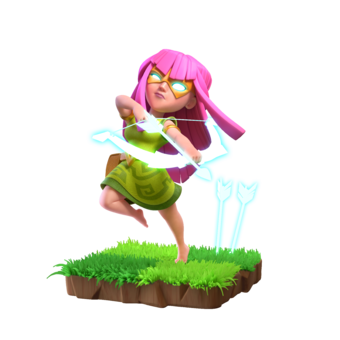 The Super Archer requires at least Town Hall 12 and level 8 normal Archer, in order to upgrade it to Super one. 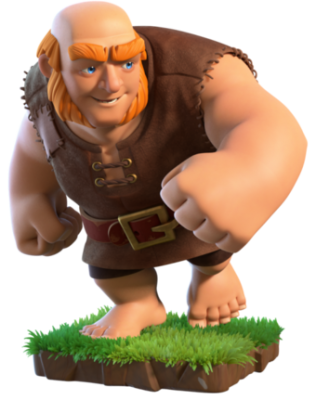 The third troop type you receive is Giants, and they are truly powerful. They specifically target defenses, including cannons, archer towers, and wizard towers. Giants have 300 hit points at Level 1 and are slow, doing only 11 points of damage per second. Training costs 250 elixir, ten more for Level 2 barbarian!

Giants must always lead the attack while Archers, Barbarians, and Wizard stay behind them destroying all buildings. In fact, we use Giants with a huge amount of health like a shield to cover other weaker troops with more damage, to destroy the enemy base.

Giants can’t be upgraded to Level 3 until you have a Level 4 Laboratory. The upgrade costs 250,000 elixir and takes 2 days, at which point your giants have an impressive 430 hit points, do 19 points of damage per second, and cost 1,250 elixir to train. 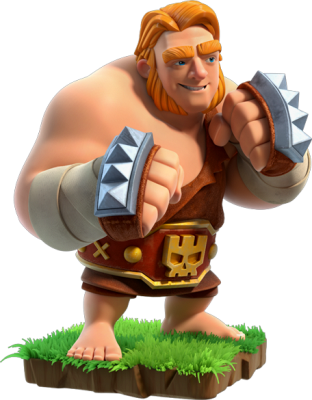 Players require at least Town Hall 12 and level 9 Giant in order to upgrade normal it to Super one.

The Super Giant has a Special Ability called Wall Buster which increases by 4 the amount of damage he makes against walls.

You can use them to destroy walls. However, against high-level Walls, a single Super Giant will take lots of time to break walls so you should consider using multiple at once. 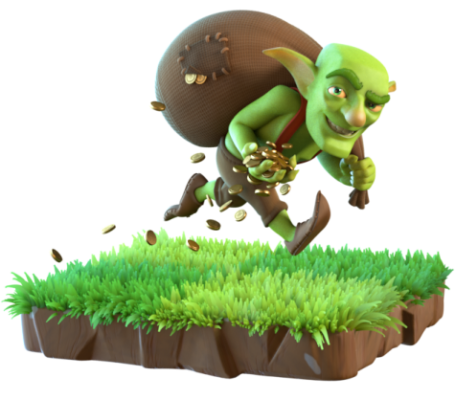 The fourth troop type you will receive is Goblins, They are fast and greedy. Goblins will ignore all other targets and head right to the nearest gold mine, elixir collector, storage, or other resource buildings.

Goblins are great for stealing resources. They move faster than other ground troops and do double normal damage to resource buildings.

You can use Goblins to get rid of Spring traps because they can trigger Spring Traps without dying unless they stop on top of them.

You need a Level 2 Town Hall before you can add Goblins.

A Level 1 goblin has 25 hit points and make 11 points of damage per second against normal targets and twice that when attacking resources. Training Goblin level 1 in the barracks cost 25 elixir.

You can upgrade your goblin to Level 2 with a Level 1 Laboratory. This costs 50,000 elixir and takes 12 hours, at which point each goblin has 30 hit points and does 14 points of damage and 28 against resources. Training cost increases to 40 elixir for Goblin level 2.

A Level 3 Laboratory lets you upgrade goblins to Level 3, which means 36 hit points, 19 standard points of damage, and 38 points when attacking resources. Upgrade cost is 250,000 elixir and takes 2 days.

The Sneaky Goblin require at least Town Hall 11 and level 7 normal Goblin, in order to upgrade it to Super one. It is the only Super Troop whose troop level requirement can be achieved at Town Hall 11.

Just as the regular Goblin, the Sneaky Goblin also targets resource buildings and make double damage on them.

The Sneaky Goblin has a Special Ability called Cloak which makes him invisible for 5 seconds when deployed, giving time to run towards a resource building and, if it’s close enough, destroy it before any defense can even see and target him.

We introduce 4 first troops in Clash of Clans, Now we want to show you some powerful Clash of Clans attacks strategies with these troops.

First step deploy all giants to the closest Mortar or Wizard Tower.

Second step send the Barbarians on one side. After that send Goblins behind the barbarians.

The Giants should either take out the Mortar at best or destroy it. Meanwhile, the Goblins and Barbarians will destroy around 50% of the village.

Barb-Archer-Giant strategy is cheap (GiBarch), and also allows you to get at least 2 stars and lots of loot, as long as you attack a target with full or almost full collectors. This attack strategy is suitable for Town hall 6 to 10.

When targeting storage using GiBarch, determine which side of the base gives you access to the highest number of storages. Keep in mind that the Town Hall holds 20% of all three resource types.

First, deploy your giants at one point. You should only deploy them on one side of the base, as they will then work together, and not get too bunched up nor spread out.

Second step Deploy half of your barbarians in a line on the side that Giants are attacking. The way to do this is by holding down and just sliding your finger around the screen in a line.

Now Deploy half of your archers in the same manner you did barbarians. Let your troops destroy some enemy buildings then when your Giants have 30% hp use your healing spells to heal all troops.

Use your 2 lighting spells to destroy one of the mortar which is further from your troops.

At first step you may want to put some Archers around to take out mines and collectors so Goblins don’t wander off.

Drop the Giants down, put a few (2-3) first to soak up some damage wait for a while and Deploy the rest of Giants

Let your troops destroy some enemy buildings, watch out your Giants hp when they reach 30% hp use your healing spells to heal Giants and troops around.

Now Deploy most of your Archers and Goblins, to take out extra buildings and loot.

Hold on and enjoy how your troops are destroying the enemy base.

In this post we introduce you to four first troops in Clash of Clans: Barbarian, Archer, Giant, Goblin and explain some Clash of Clans attack strategies with these troops.