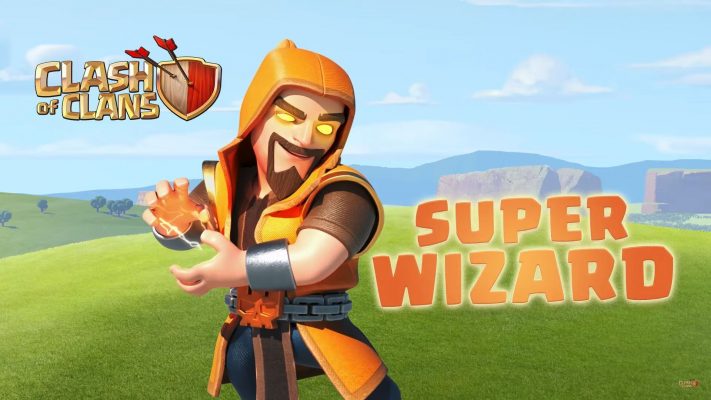 The Super Wizard is a powered up version of a normal wizard. He is similar to the Electro Wizard from Clash Royale.

To unlock Super Wizard, you must have a normal Wizard level 9 or higher, at least a Town Hall 12.

The main ability that separates the Super Wizard from the normal one, is a Special ability named Chain Magic attack, that can damage up to 10 to different targets around the main target.

Super Wizard can target only a building at a time, but once it hits, the bolt splits and targets all near buildings. The first bolt deal 100% damage and the secondary has 60% of the damage.

This new Super troop use 10 housing space, so you can have a maximum of 30 Super Wizard in your fully upgraded army camps. 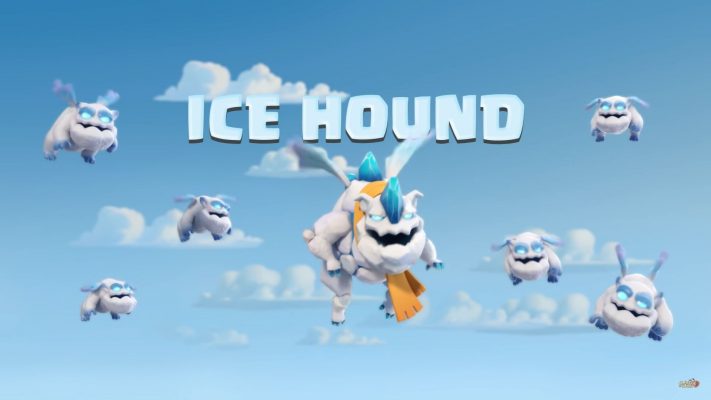 To unlock the Ice Hound you must have at least a level 5 Lava Hound, which requires a Town Hall 12.

Both Ice Pups and Lava Pups have the same hit points and damage, but the Ice Pups are affected by the Special Ability.

The Ice Hound slows down the enemies and defenses it attacks. Like the Ice Golem When he dies, also a freezing effect for 4.25 seconds will occur.

You can have a maximum of 7 Ice Hound in your fully upgraded army camps.

Another news about Clash of Clans December 2020 update: A new siege troop, the “Log Launcher”. The Log Launcher is the 5th siege in the game.

The Log Launcher will be introduced on the 2020 Christmas Update and requires a Town Hall 13.

To unlock the Log Launcher you need to upgrade the Siege Workshop to level 5.

Similar to the Siege Barracks, the life of the Log Launcher decreases by itself over time. It takes around 30 seconds to lose all its life and explode without taking any damage from enemy defenses.

The Launcher will always move directly to the Town Hall. It has a range of 20 tiles or 4 buildings. The range is so huge it can take defenses without being targeted by them

Today we received some news about a brand-new spell coming to Town Hall 11 and upper, named “Invisibility spell”. 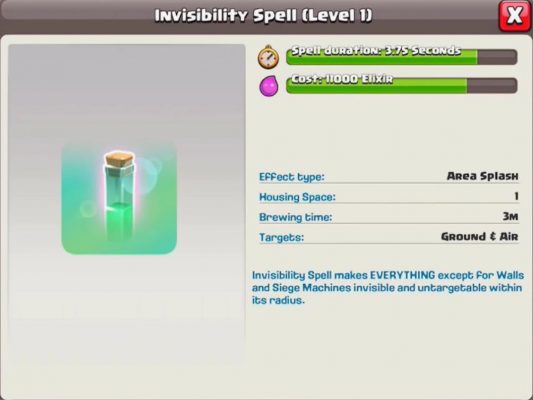 The Invisibility Spell is a spell that unlocks when you upgrade your Spell Factory to level 6 at Town Hall 11. But this spell is not for the timid or the meek. This double-edged sword is going to massively change attack strategies.

At the end of a battle, if a Hero’s ability remains unused, the Hero will heal the amount of HP they would normally recover from using their ability. This will help reduce the Hero’s downtime, allowing them to be ready much sooner!

When editing your base, Home Village Wall segments can now be swapped with other Wall segments, just like Buildings and Traps;

Lightning Spell will cause no damage to the Clan Castle.

As we get closer to December update we receive more information about next December update. Today supercell revealed the 2020 Clash mas Tree. Watch video below:

In this video we see the name LOG on top of a Television. 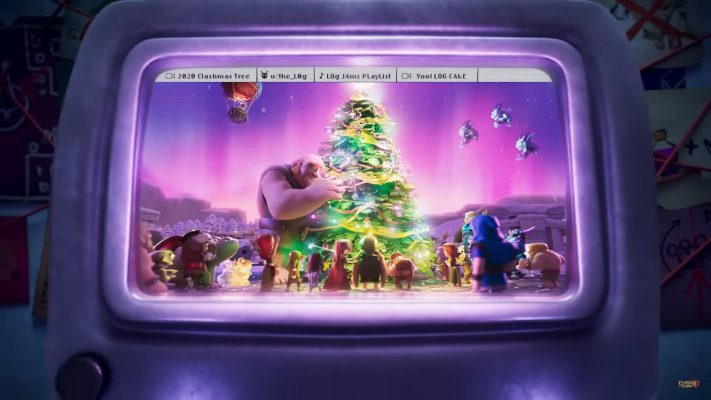 The Log spell is not officially announced, but We have seen Log before in Clash Royale. It is a Legendary Card on Clash Royale which deal an area damage spell with a wide radius. When deployed, The Log rolls through the Arena, dealing damage and knocking back any ground troops in its path before disintegrating after rolling around 10 tiles.

At the end of Clash mas video, we see The Log again. We are not sure whether this is a new troop New defense or New spell like Clash Royale We’ll find out soon! 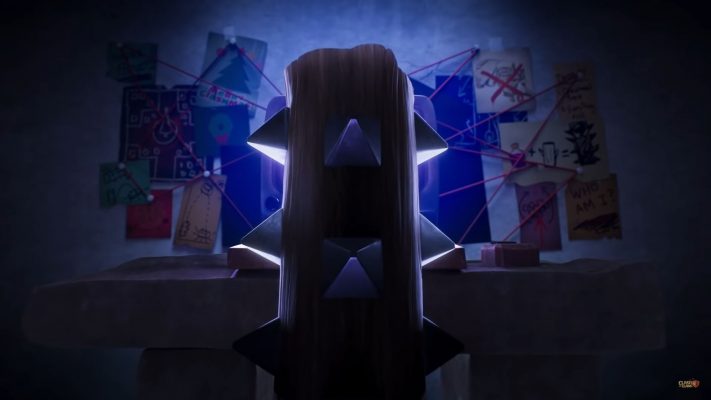 Another news about December Update Is about a new skin for Royal Champion. The Royal Champion was added to the game 1 year ago, on the 2019 Christmas update, and so far it had no skin. Now today Supercell revealed a new Skin for December Gold Pass named Winter Champion. It is the first Royal Champion skin ever we see. 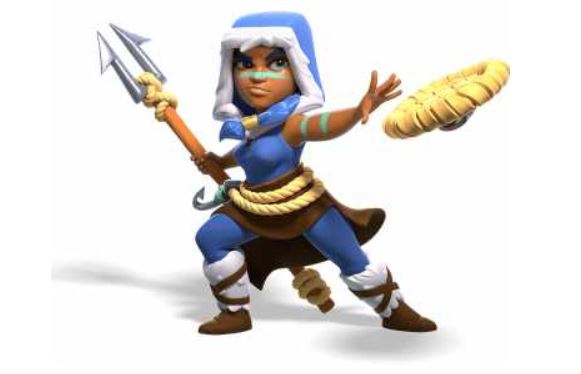 Today supercell revealed some news about the next December Clash of Clans update, Let talk about it.

The first change is that the Super Troop boost duration will be reduced from 7 days down to 3 days And It cost half before, just 25k Dark Elixir.

Supercell: Super Troop boost duration has been reduced from 7 days down to 3 days. Once you’ve boosted a Super Troop, you’re no longer bound to that Super Troop for an entire week, allowing you to use different ones more frequently!

With shorter durations, come lowered costs! The Dark Elixir cost for boosting Super Troops has been reduced to 25,000 Dark Elixir for each Super Troop.

Another change related to Super troops is that now you can have 2 different super troops at a same time This means you can attack with two Super Troops and make new Clash of Clans attack strategies. You’ll be free to switch between them more frequently.

Next change is that you’ll also be able to train a normal version of a Troop alongside its Super Troop version. So for example, you’ll now be able to attack with regular Barbarians and Super Barbarians, or the regular Giant and Super Giant, etc.

With the 7-day cooldown removal, the boost duration reduced, two Super Troops and normal/Super Troop combinations, we should see some powerful attack strategies.

This is only the first “sneak peek” for the Clash of Clans December update but it’s definitely off to a good start. Supercell promises to reveal more about the December update in the coming weeks, so stay tuned!

Supercell: That’s all for now! But stay tuned as we’ll be revealing more about the December Update in the coming weeks!

What do you think about December 2020 Clash of Clans updates? Let us know in comment section!